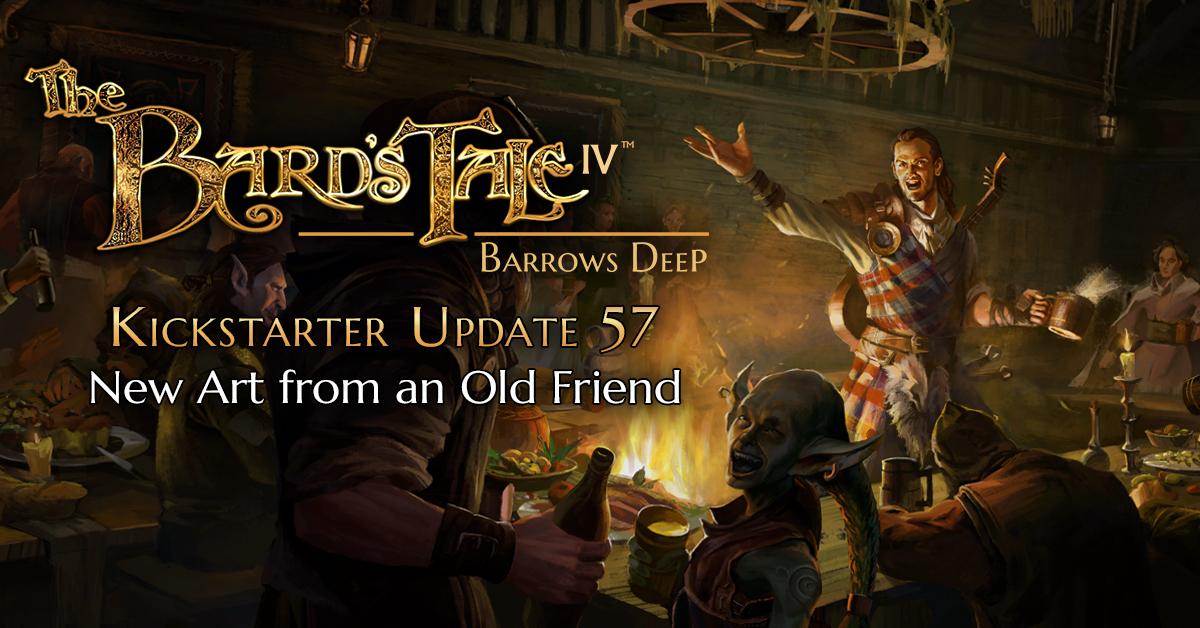 We put out a quick backer update to share some new The Bard's Tale IV art - the Director's Cut key art from Andre Wallin!

Check it out here:

Re: The Bard's Tale IV Update 57: New Art from an Old Friend

Eight out of the 10 Kickstarter comments posted so far are about the lack of availability of the Linux and Mac versions - two of the comments from super backers. Only one out of the 2 other comments is praising the artwork mentioned in the update.

Honestly, when I read the announcement title "New Art from an Old Friend", I was hoping that this meant Todd Camasta. But, no such luck. That's not to say that this Wallin fellow is shabby by any means, but he doesn't really seem to make Bard's Tale-style fare.
cmibl<enter>
Top
Locked
2 posts • Page 1 of 1