For general discussion of inXile and our games.

As someone who lives a few miles south of Redmond and works in the software industry in the Seattle area, I would beg to differ that Microsoft has a great company culture. I have plenty of neighbors and coworkers who are ex-Microsoft and they are nearly unanimous about the toxic culture of that company. I could see it the one time I went on-site to interview with them, as well. (Decided to stay at Amazon back then rather than switch to Microsoft - and Amazon has a high attrition rate among its engineers for reasons of its own.)

Maybe Microsoft Studios is different, but I wouldn't call the culture of that company great overall....
cmibl<enter>
Top

_noblesse_oblige_ wrote: ↑November 11th, 2018, 1:42 pmMaybe Microsoft Studios is different, but I wouldn't call the culture of that company great overall....

Judging by their attitude, they remind me MS of the '90s. Some parts of MS today work with Alliance for Open Media and Open Invention Network. That's a clear improvement. But their gaming division is as bad as it was in the past. Same push for lock-in, DRM and the like. The indicator of change will be them joining Vulkan working group IMHO and releasing their games DRM-free.
Last edited by shmerl on November 11th, 2018, 2:47 pm, edited 1 time in total.
Top

zari wrote: ↑November 11th, 2018, 1:36 pm I don't think embracing vendor lock-in tech like DX12, DRM, exclusiveness, etc. would be the only way to make their games commercially successful. If they will go that route I guess openness were never part of inXile's DNA.

Well, we need to wait and see how this will go.

Look how long Quantum Break was UWP. Age of Empires: Definitive Edition, mstore exclusive, was imho amazing, but sold so poorly we might never get AOE II : DE.
Top

Yeah the "Microsoft exclusive" is what worries me the most. I will not buy XBox and I will not buy my games from the Windows Store. It would be good to hear from inXile if this then means I cannot play any of their future games.
Top

Personally, while I like the idea of DRM free I can understand that it's not necessarily a popular decision for publishers. And since I play games on Windows and own an xbox I'm less affected by lock-in than some other people here. But since I got BTT through GoG, what I'm worried about personally is whether or not the DRM free releases of existing games will continue to receive updates in tandem with Steam, etc. I've seen other games from other developers (Homeworld: Deserts of Kharak comes to mind) where patches were released for DRM versions of the game but people who bought the GoG version had to wait months (from Nov 2017 to Jun 2018 for Homeworld) to get the same patch.
Top

You may not agree, you might not like some of the games put out by these studios before or after, but the point is, Microsoft has made a concerted effort to support smaller, indie dev houses, and not gotten in their way.

And say what you will about Activision, Blizzard, etc.... but most can only hope to achieve that kind of success. If this move means inXile will be around to continue pushing its RPG IPs... we all win in some way or another, even if BT5 is unfortunately a clone in style/mechanics to BT4 (which many of us wouldn't want)... because without this move, I suspect we wouldn't see much more from that kind of thing in any format.

Its not about hating on Microsoft. I only hope the best for this acquisition/merger/partnership.....what ever you want to call it. Inxile and Brian Fargo probably had to do what they did to stay afloat. Better that then the company going under or struggling to make ends meet. I want to view this as an exciting time for InXile and that they will continue to make the same type of games they always have. But I cant shake the feeling that we wont see any more DRM free games, ones that are not locked behind a console, or PC Microsoft store front.

I agree with one thing you have said for sure. That with out this move we may not have seen any games from inxile in the future. So, this will help with that for the time being. I wish them luck going forward and hope to see good things from them in the future.

Also, one thing I have gathered from a lot of the commentary is that a lot of the console players are super excited for this move and yet many have not played the previous Inxile games. So, their expectations for what types of games will come from the wasteland, Numenera, and Bards tale IP might be more like Skyrim RPGS is my guess. But maybe I will be surprised. I am leery of consolisation of games. I hope you are right and that "Microsoft has [genuinely] made a concerted effort to support smaller, indie dev houses, and not gotten in their way." If they do i will be very happy with this merger outcome.

PS I am not familiar with any of those studios you have mentioned or most Microsoft Studio games.....so that might tell you where my interests lie.
" I really wish people would stop calling Prey "BioShock in Space". BioShock was "System Shock underwater"
Top

Milamber33 wrote: ↑November 11th, 2018, 8:06 pm I've seen other games from other developers (Homeworld: Deserts of Kharak comes to mind) where patches were released for DRM versions of the game but people who bought the GoG version had to wait months (from Nov 2017 to Jun 2018 for Homeworld) to get the same patch.

Well, inXile's own satirical The Bard's Tale never received latest resnarkled edition on GOG, it's only available through Steam. Now I suspect it became even less likely.
Top

I also wonder how this worked out for Pillars of Eternity and Obsidian.
Top

shmerl wrote: ↑November 11th, 2018, 9:00 pmI also wonder how this worked out for Pillars of Eternity and Obsidian.

That's indeed Interesting. May be something survived the grasp of MS in such case.
Top 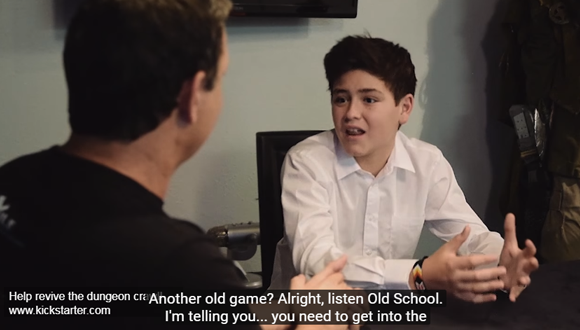 Ah, so they finally listened to professional advice. This guy told Brian years ago, that their Kickstarter model won't work and they need to get into the Microsoft "family". He's a genius, I hope he will be in charge of leading future InXile projects at Microsoft! Good luck and have fun!
Bard Songs ║ BT4 Beta Playthrough
Top

Given the PC-ation of consoles, perhaps it's not that terrible. Keyboard / mouse support is arriving for Xbox. So we will likely continue to get games which are console games but also support a PC style interface.
Top

Bard's tale, Wasteland, Planescape etc - who now owns the rights to these properties?

I know Microsoft pretty well and have worked with their Xbox division quite recently. The culture is pretty "Top Down" in the sense that performance is always being reviewed and you're always answerable to someone. However, they're also pretty good at developing ideas and letting people have freedom to get on with their vision... as long as it delivers. They know full well that gaming is the biggest growth market for PC, but that Xbox is losing the console war to Sony AND Nintendo on the basis of it's exclusives and studios (hence the huge buying spree).

Given what must look like a commercial disaster for recent titles, I think this is a very good move for the future of inXile.
~~~ CPC's - Getting in the way of fun gameplay since 1998 ~~~
Top

So you'd know first hand their toxic lock-in attitude I suppose. What stops them from helping developers and collaborating on the common graphics API like Vulkan? Nothing, besides trying to drive up the cost of cross platform development with lock-in tax.
Top

shmerl wrote: ↑November 12th, 2018, 6:47 am So you'd know first hand their toxic lock-in attitude I suppose. What stops them from helping developers and collaborating on the common graphics API like Vulkan? Nothing, besides trying to drive up the cost of cross platform development with lock-in tax.

I didn't say they weren't pushing specific commercial goals, one of which is getting as many people as possible to use their latest platforms. Just to be clear, I don't work FOR Microsoft, and I'm not a games developer.
~~~ CPC's - Getting in the way of fun gameplay since 1998 ~~~
Top

News such as this will always be met with mixed reactions from the fans. My personal hope is that it will indeed enable InXile to improve the polish of their games and lift them to the next level. In the short term, the benefits are obvious, but the long term consequences are impossible to predict.
"Reason is always a kind of brute force; those who appeal to the head rather than the heart, however pallid and polite, are necessarily men of violence. We speak of touching a man's heart, but we can do nothing to his head but hit it."
Top
Post Reply
240 posts