For all Bard's Tale IV discussion that does not fit elsewhere, suggestions, feedback, etc. No spoilers allowed.

I wish we'd hear more about the lore and story before the Kickstarter is over. Thanks for posting those early maps!
Top

Zombra wrote: And hey, look at the Wizardry series. It has spaceships and ray guns, but still firmly qualifies as fantasy.

Wizardry was pretty far out there. The physical settings were fantasy-like but from the end of 6 onwards it became arguably a sci-fi story with fantasy tropes. I think Wiz 7 and 8 had feet equally in both camps.
~~~ CPC's - Getting in the way of fun gameplay since 1998 ~~~
Top

So these city names were influenced by Cranford's Christianity, true, but they became part of the BT's history. I feel continuity is more important, in part because the lore will make more sense for those who go back and play the older games. Skara Brea is also a name from the real world, as others have noted. Christian myth may have influenced the games, but it was never allegorical (at least not that I noticed when I was 14...lol).
It would seem odd just to wipe out those cities from the history of the series.


Mecandes wrote: Only Tangramayne should return from The Destiny Knight. I'd prefer that none of those other city names make it into The Bard's Tale IV. It takes you out of the fantasy, like when Ultima II took place on a map of Earth. Michael Cranford was a devout Christian, and the city names are not just "historical Greek-Roman cities," they are specifically intended to reference the books of the New Testament of the Bible—Ephesians, Colossians, Philippians, Corinthians, Thessalonians. He worked on The Bard's Tale II as a contractor at home and he actually figured someone would catch him and make him change the names, but they didn't notice (much to his amusement. He didn't work on Thief of Fate because he decided to go back to university and become a Christian theologian.) I'd rather not see specific real-world religious references in future Bard's Tale games. Not just because it would be controversial, but because it takes you out of the fantasy of it all.

Just for the record, Corinth, Thessalonica, Philippi, Ephesus and Colossae are real world cities, and the Biblical connection is that letters were written to the churches in those cities, so technically not mythology. The only connection between BT2 and the Bible in that sense is the use of the city names.

Given how different 1, 2, and 3 were from each other, I wouldn't be surprised if BT4 introduces a whole load of new stuff as well, with at the very least fleeting references to past locations. The difference I think will be primarily that there will be less creative 'influence' from Christianity in the naming of in-game content. I don't think storywise there's really anything parallel with Christianity

Sure, I know they are real cities. And I agree with all that you said in your response. I tend to refer to all religions as myth, but that is probably because I read too much Joseph Campbell.

As far as the fate of the Old Gods goes, I tend to think that the ones that stayed true went on to their rest and reward in the dimension of pure light (heaven) that is presided over by the supreme being who was masquerading as the Old Man of Skara Brae.

Although the Old Man describes godhood as the ultimate reward to the party, you'd have to think that it was the ultimate burden as well. Spending eternity, millenia, defending the cosmos from threat after threat after threat, and always having to attend to the needs of millions of people throughout all that time. And the game does drop hints that it was a matter of course, that is was time for the Gods of old to pass the torch on to others. For example ...

After the party returns from Gelidia, the Old Man says, "Is it to be that way then?" After Tenebrosia, he says, "The circle is almost complete"

When you free Werra from his statue, he says, "The way is open for the next generation."

And ever since then, I've always looked for a silver lining. Of all the characters in the game, I thought that Alliria and Cyanis were the most undeserving of what happened to them. I always viewed Alliria as combining the best of both Aphrodite and Galadriel. And I always respected Cyanis for not viewing Alliria as being just a source of physical pleasure (which I'm sure plenty of others would have), but truly loving her for who she was.

So my view is that at the least Valarian, Lanatir, and Alliria went to their reward and rest in the dimension of pure light, because of all the gods they never wavered in their opposition to Tarjan. The reason the party only sees Hawkslayer beside the Old Man is because of their personal ties and experience with each other in the course of their adventures. As for Cyanis, you've gotta hope that he passed on naturally at some point and reunited with her.

But I am in the same boat as Drool, in that I wish there would be some kind of explicit confirmation of things.
Top

Wow Superdave you have a great memory
Top

someone give this man an autism medal
Top

Now THAT's the kind of lore analysis that makes a game great :) Srsly, that made me want to just start over all the games an play focused on immersing in the story much more than the game. heh
Visit BardsTaleOnline.com - your community Bard's Tale classic RPG resource!
Twitter: @BardsTaleOnline / Facebook: Bards.Tale.Online
@thebruce0
Top

There is so much background that I don't know... I am looking forward to having some of the history spelled out for me in the game... References back to the old games...
It's not too late. Make it Eight!
Top

I hope they are going to have someone, who have played the originals recently, BT3 in particular, and remembers all the stuff. Otherwise the references might feel incorrect, or outright forced. Hopefully this won't happen to BT4.
Bard Songs ║ BT4 Beta Playthrough
Top

Fairly confident that they will do that I believe they did it with WL2 didn't they Drool?
It's not too late. Make it Eight!
Top

Well, they did, but there were still plenty of messed up references (rail nomads) and messed up maps (Darwin, Citadel, etc. etc.).
Alwa nasci korliri das.
Top

Barrows Deep sounds cool, right? I became curious, how deep BT3's barrows are, so I went ahead and combined all my maps together to get this: 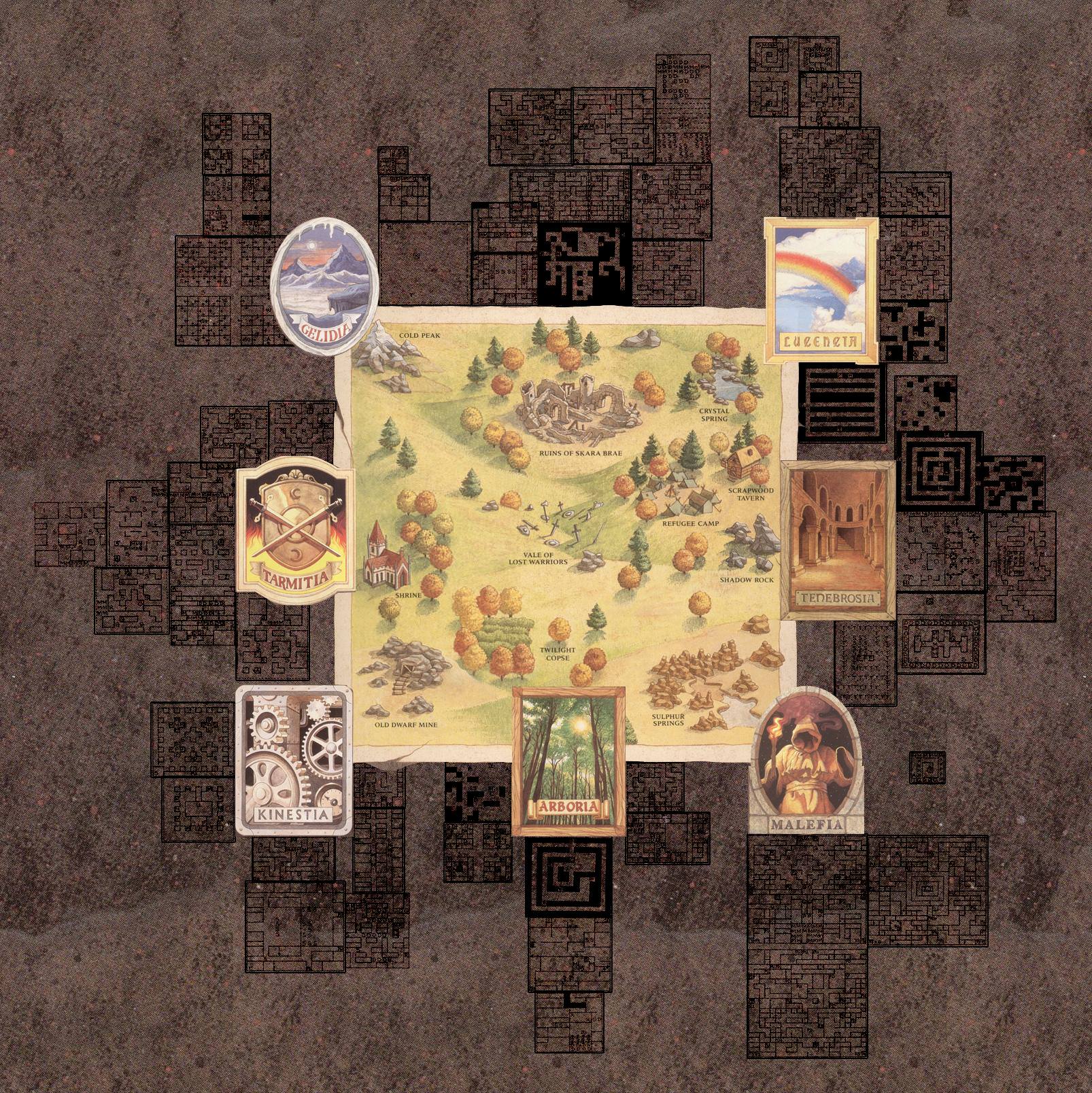 I'd say, quite deep are the barrows of Thief of Fate.

That is a very neat way of depicting the maps of BT3...

Way late ETA: Just realized I got the BT2 wilderness mixed up with the BT3 wilderness :) No other cities in BT3, but yeah, the other locations that lead to the other dimensions would be nice to see exist in some relic form in BTIV
Visit BardsTaleOnline.com - your community Bard's Tale classic RPG resource!
Twitter: @BardsTaleOnline / Facebook: Bards.Tale.Online
@thebruce0
Top

thebruce wrote: ↑
March 31st, 2018, 2:23 pm
Also just came to mind, if we can enter and exit Skara Brae in BTIV, that must mean that it exists in the plains of BT3. Will there be holdover references to the other cities of the plains? If Caith exists over SB, what exists over the other cities?

Users browsing this forum: No registered users and 9 guests