Specific issues with the Nintendo Switch version of Wasteland 2

Specific issues with the Nintendo Switch version of Wasteland 2

by UncleSporky
Hello! I love Wasteland 2, I kickstarted it, never quite finished it on PC. It was pretty buggy at launch and was kind of a minefield of broken quests and such, but it was still amazing and I always wanted to return to it in a more finished state, and I thought it was a good opportunity to get it on the Switch.

I still love it but it has some kinda severe performance issues on Switch. It's tough because I have a hard time recommending it to people, I'm still able to say "yeah it's a great game" but I have to give them the caveats.

It's weird because the performance in terms of frame rate is ok most of the time. But it hitches often with short pauses and jumps seemingly at random. I triggered an early ending and even the credits are jumpy (not a huge issue but just another symptom I guess). And menus are pretty laggy with up to one second pause opening them and switching between characters and categories.

The worst is the load times and the crashes. I understand that not much can usually be done about load times, and the Switch is an underpowered device, so I can deal with that. But the random crash sometimes when just walking around or when trying to load the game is pretty severe, and common enough that your teams must've encountered it in testing. But I also understand you can't always do anything about that either, it is a 4 year old Unity game now and maybe not a lot can be done with the underlying systems that could cause that.

I assume the crash is because of a memory leak, suddenly there's no more RAM and the game just dies. Sometimes you can play for hours without issue and sometimes a half hour or less. I think it's worse in huge areas like the Topekan camp, which is both a heavily populated town and surrounding wilderness, there were times there when I couldn't load a save at all, it would ALWAYS crash. I could load a save from initial startup but not while playing.

Another thing I've found that typically causes the crashes is opening the map screen.

There's a reddit thread here where someone claims they had a save corruption bug and now none of their saves will load at all: https://www.reddit.com/r/NintendoSwitch ... ption_bug/

Personally I have already gotten past that point in the game without issue so it's not specifically a rail nomads problem. But it still makes me worry about continuing to play the game, if suddenly all saves might stop working.

I just wondered if you are still looking into these issues and if there might be further patches. I know some of that probably hinges on sales on the Switch, so I hope it does well for you guys.

Other much more minor issues that I've encountered so far:

- Oases in the desert all have bright pink water. It looks like a texturing error or something.

- On the default "very large" text size (which is generally a good size on Switch IMO), when you go to equip a weapon it asks if you want to equip it secondary or primary. But the text is so large that "equip secondary" overlaps awkwardly with the button prompt and text for "equip primary." Possibly could just swap the two prompts around, so "equip primary" comes first since it's shorter?

- Along the lines of the above, I believe this is a text size error, sometimes in dialogue the text "printout" will be further ahead than what you can actually read. When you select a new dialogue option, it continues on and you see the text that you weren't able to read a second ago, but it continues being one line ahead of where it really is. Difficult to describe. I will try to get a screenshot of it. It might happen specifically when someone has a lot to say, and then an extra row of dialogue options is added at the bottom. This is independent of the text printout on the right side of the screen in normal gameplay, I know how to scroll that, this is specifically when talking to someone.

- At the northwestern most point of the Canyon of Titan, there's a dig spot that my characters cannot reach no matter what. We are always told that we're too far away to interact. Circled in red here: 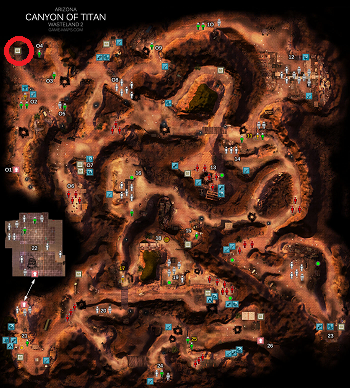 - In the Temple of Titan Underground, it is impossible to directly inspect the (highlight to reveal spoiler text) Titan missile to learn that it is a fake. In the PC version you could just click on it, but in this version on controller there is no position where you can stand close enough to highlight it. I know my character's perception is high enough to notice it, and when I first walked into the room it highlighted in brown and I heard the telltale sound effect, meaning my perception person "noticed" something about it. But I can't stand in a position able to inspect it myself. Fortunately this isn't game-breaking as (highlight to reveal spoiler text) an alternate way to learn the missile is fake is to inspect the pamphlets in one of the central rooms, but it does force you to kill more monks.

I will add more issues as I notice them.

Overall I still love it and it's worth dealing with the issues.

Re: Specific issues with the Nintendo Switch version of Wasteland 2

by plume
I saw on Brian Fargo's Twitter that a patch is on the way:

"Patch currently in QA. Hopefully next week submission then needs to get through Nintendo approval processes before showing up on user devices."

Hopefully this will address some of the issues you have, I have come across all of them too unfortunately. (The one with the text printout is pretty infuriating sometimes).

The biggest ones for me are the framerate and the input lag both in the main view (there is a noticeable half second delay to moving around in the world) and in menus. Sometimes in menus the lag is so long that I wonder if I have actually pressed the button, and ended up selecting wrong things when the menu finally kicks in. It is especially noticeable when using L1 and R1 to switch between party members both in game and in menus. What's strange about it though is that sometimes it is instantaneous, and the next time, it lags. Is it a caching thing?

It's very apparent when switching between party members in inventory screens. It would stand to reason that this is happening because the game is re-populating the screen with the updated inventory of the next character you have switched the view to. In my experience Unity always produces input lag on underpowered machines (as you would expect with any other engine I should imagine), but I'm worried this will be something that simply can't be resolved on the Switch

Anyway, yeah. I get exactly what you mean when you recommend it to other people on Switch "Yeah, it's a fantastic game, but..."

Also, @inXile, please don't take this as me hating the game on Switch. I really appreciate all the work that you have done and I'm really enjoying being able to play it on the mind numbing hour and a half journey to work on the loser cruiser every morning

Re: Specific issues with the Nintendo Switch version of Wasteland 2

by UncleSporky
Just for documentation purposes... 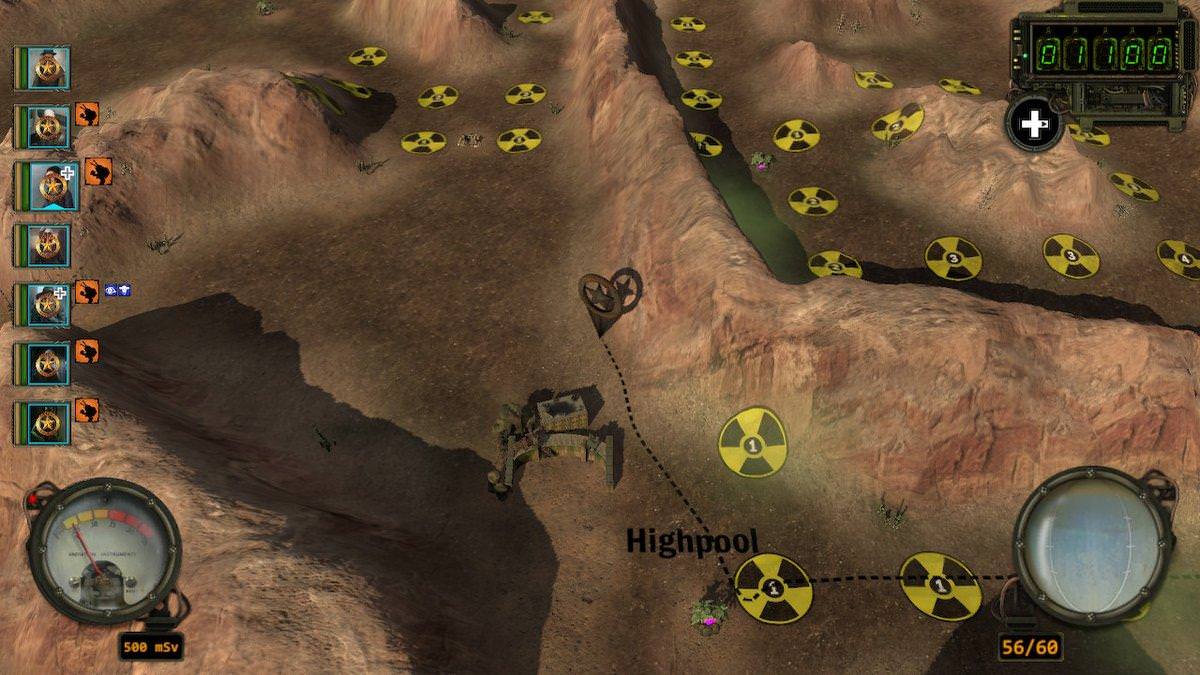 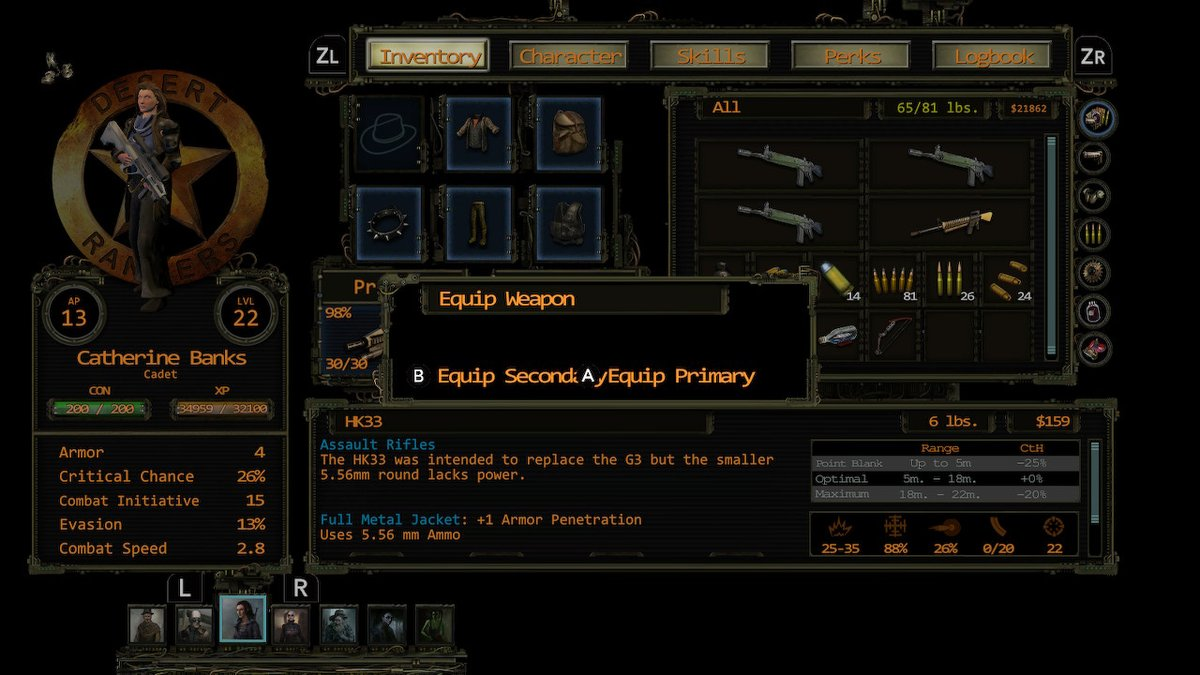 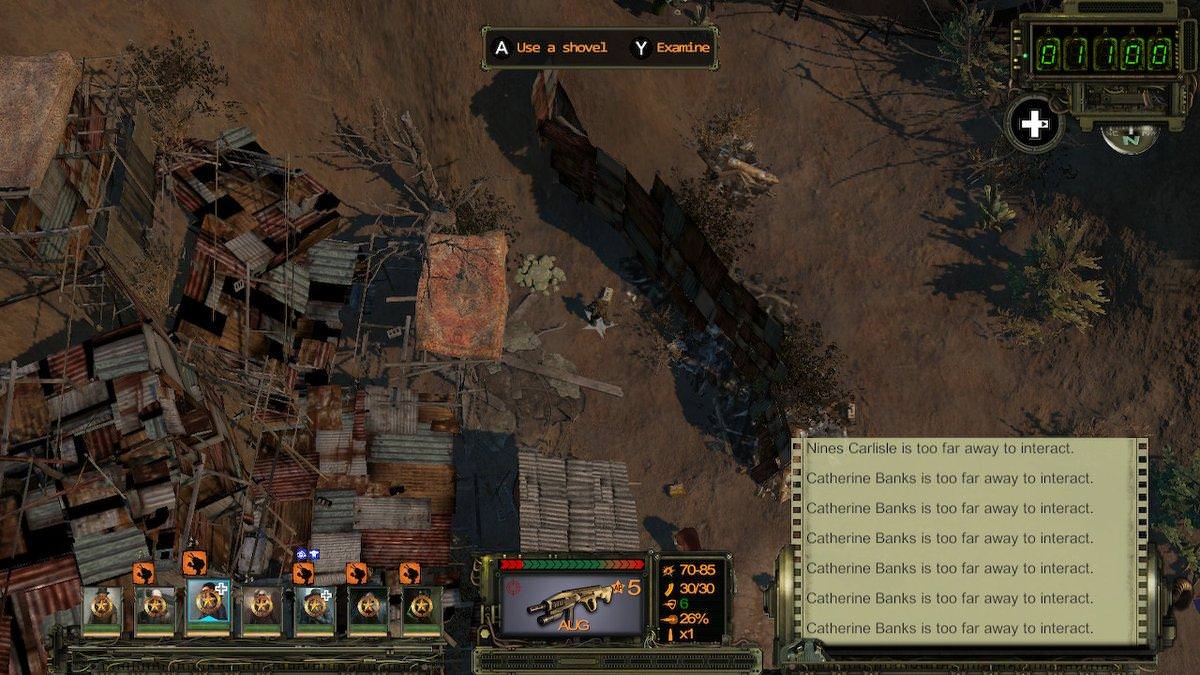