For all Wasteland 2 discussion that does not fit elsewhere, suggestions, feedback, etc. No spoilers allowed. 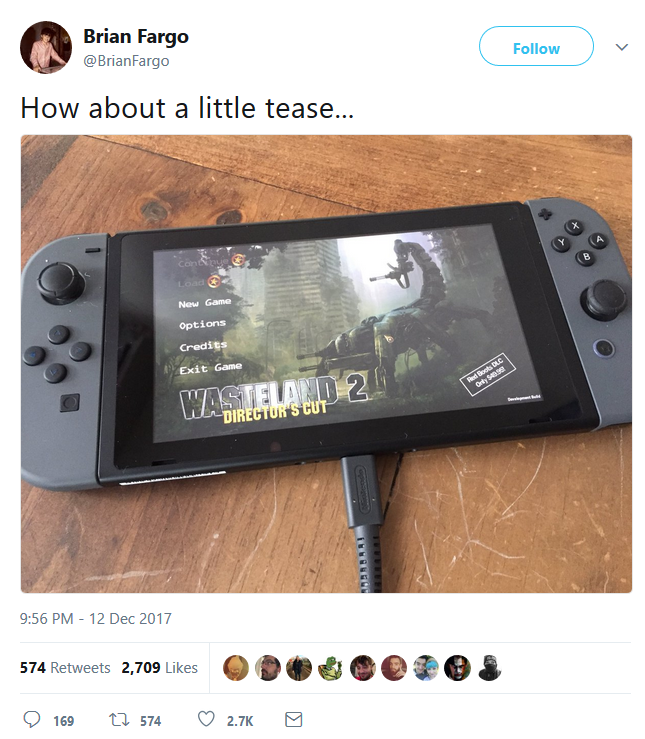 Will Wasteland 2 be the "killer app" of the Switch?

And here is why I joined up today! I am huge into the style of game this is, and feel it is a wonderful example of not only a well done post apocalyptic game, but fans making possible something for fans.

Class is in session, shall we begin?
Top

This is neat and all, but... PC Master Race, and all that. Hope it does/did well on the Switch, of course.

And before anyone accuses me of thread necromancy, this was the 10th post from the top on the first page of the forums when I replied to it. More than reasonable for a reply, if I don't say so myself.
Top

Now we just need a patch so it does not crash every half hour and we can actually enjoy the game...
Top
Post Reply
6 posts • Page 1 of 1