by Luvelin
First of, absolutely love the game! However, it has sadly become unplayable for me, as it constantly crashes during combat. No info on why, just says "Fatal Error!"
In the beginning it would happen a few times now and then, but after entering the elven forest area it happens constantly.. I have crashed 4 times on the same 2 battles, making it impossible to proceed

I have tried setting my graphics down from Ultra to High, but it still crashes, and I refuse to play on Medium settings on my brand new gamer pc with GeForce GTX 1070 Ti graphics card.

Please fix this problem... I know you are already working on improving the performance of the game, and I have seen one patch note adressing crashes in combat, but just in case.. I wanted to bring this issue forth.

I'm very much hoping to return to playing the game SOON, as I find the game unbelievably entertaining and creatively made, so thank you for that!

by phimseto
Hey there, can you provide a little more detail about what's happening in the combats when they crash? Is it the enemy's turn? Your turn? Is happening with a specific skill or spell being used?

by Luvelin
Hi, thank you for the quick response. I have TRIED to get the error again in the last 3 battles, but of course, currently not happening. BUT as far as I remember, it always happens on End Turn, either me ending or the opponent. I hope that is a bit clearer. I will keep an eye out for when it happens again… but for now. happy that its not

by phimseto
Naturally. The stability version of "never a cop around when you need one." The only significant combat crash issue we're aware of right now is one involving Mangar's Mind Jab, which is why I was asking in case it was that.

by Morrigath
I can confirm this too. Looks like this is not the problem of the location, I get constant crashes during the battle in other locations too.
Never had a single bug in the game before the patch, so I can assume that the crashes were introduced with the latest update.

by Luvelin
I can for certain say that it is unrelated to Mangar's Mind Jab, and as Morrigath is saying it happens in all zones, and he's probably right about it happening after the last patch too, as I had no problems at all in the first days of playing. Restarting the game appears to help for a while, as I was able to play undisturbed yesterday after restart, where I before was crashing non stop. Can of course be completely random too.
I will try to provide more details when possible.

by Luvelin
I can now confirm that the fatal error combat crash happens direct after I press End Turn, every time. Happens in different matches and in different areas.

Really hope you can find the error, as I would love to play but really can't in the current state. I make no progress whatsoever when having to constantly replay everything.

by epitaxial
Fatal Crash 4x in the same location:

When the fight beings, Captain Beckwith is on the right side and does not move during the fight. Fatal Error happens when all of the other enemies have been defeated and it's their turn.

by Ragnar Iceblood
I doesnt have to be combat, I got it by hovering over this sword in a npc inventory 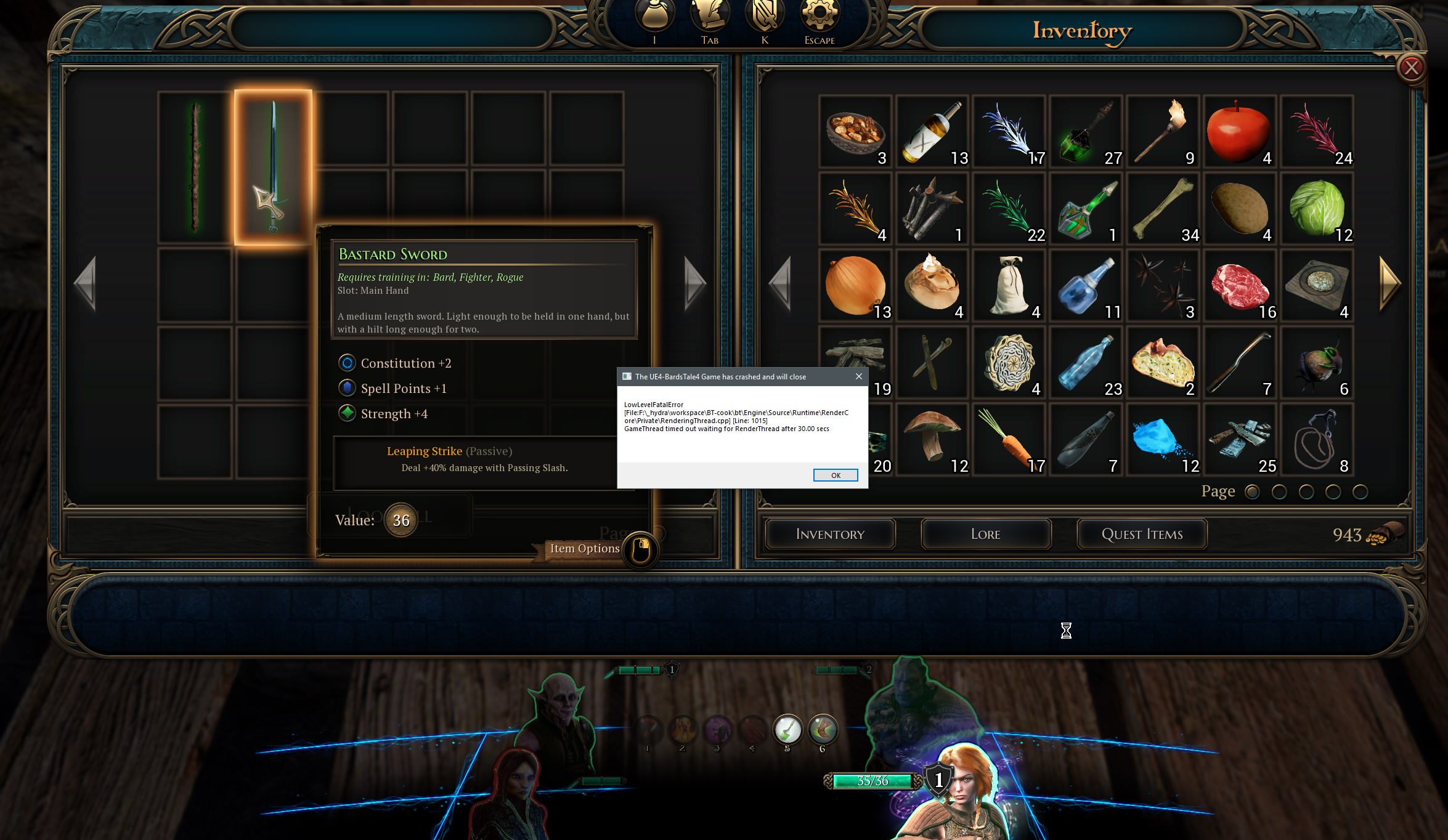 by ExecutorQ3
Happened to me twice. Once when killing last enemy and now when enemy made a action (both during fight ofc). Both time really pissed me off, mostly the second (it was during that first "boss fight", had it running quite good and... crash).

by Karakum
I have the same problem. I liked the game but needs to be very patient for constant crashes. Fatal errors occur usually at the start of the combat. Sometimes I have 4-5 crashes in an hour. It never happens in another game. The game needs a patch.
My system:
W7 x64
AMD HD 7800
i5-3570 3.40 Gh
16 MB RAM

by Ragnar Iceblood
Bug got rarer in patch 3, i was able to play until end dungeon.

It happens in Sewer Level 2, 2nd combat.
Each and every time, however as you cannot save, you have to do the 3-4 combats on level 1, solve puzzle, rapple down to trigger it again.
Lost 3 hours of my life....

by MrSquid
I am unable to make it through the Harkyn's castle fight due to this issue. The game has crashed multiple times at different points in the battle. One time it crash on wave 98. That was...frustrating...

by CyberCrist
I'm seeing a fatal error in every combat or right after the combat when pursuing the Keeper of the Old Ways. This is really the first area after leaving the city. You go through the forest, then up a hill, meet the guy who lost his girl in the ruins, then you go down a path. Going down, you meet one group, kill them, then keep going down to the flat area. The game crashes either with that first group, during combat, or immediately after, while exploring. I tried to submit a ticket, but the webpage kept timing out during my upload of the crash dumps and dxdiag. 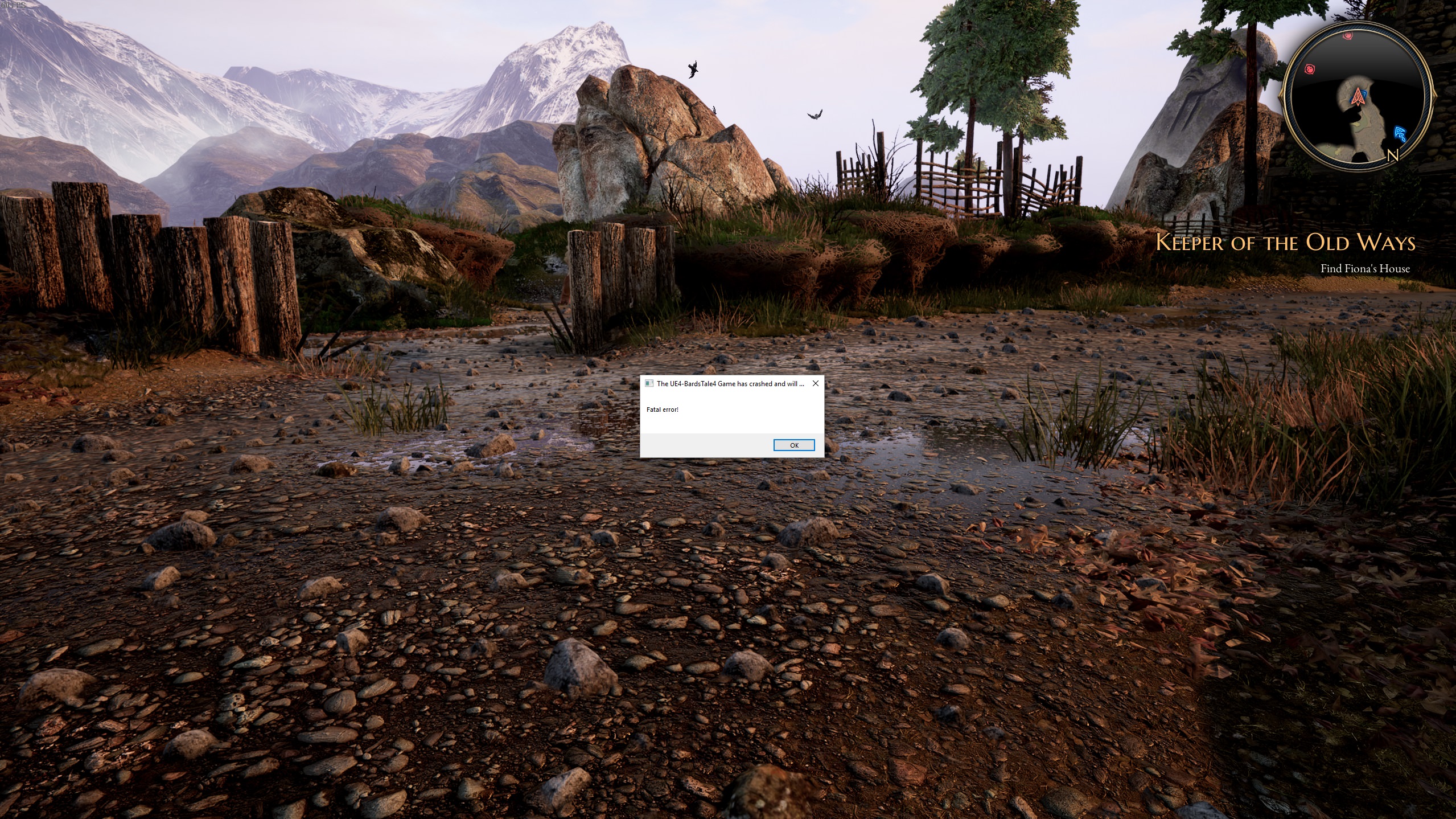 by CyberCrist
...and now I've fallen through the world... 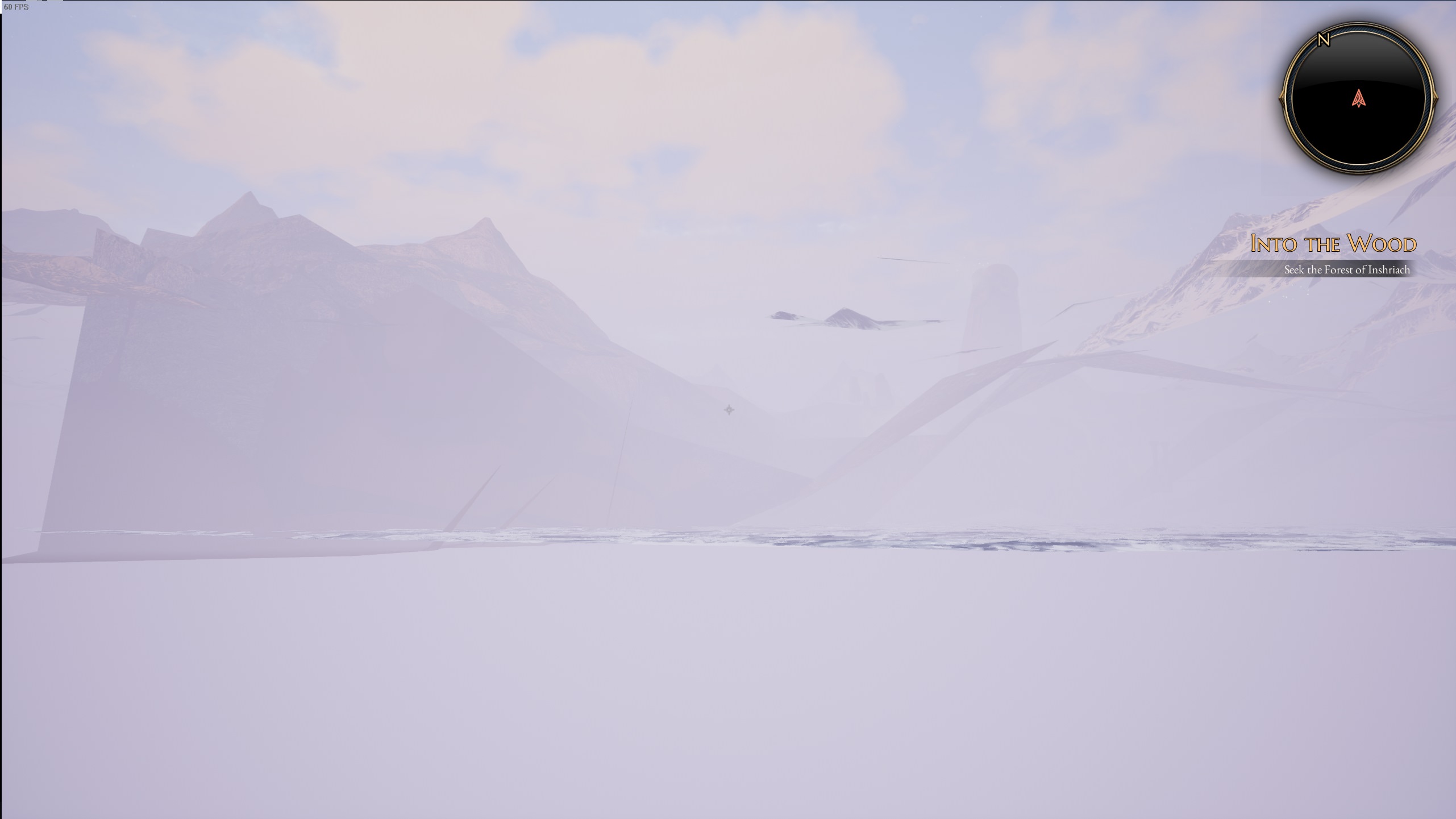 phimseto wrote: ↑
September 25th, 2018, 12:30 pm
Hey there, can you provide a little more detail about what's happening in the combats when they crash? Is it the enemy's turn? Your turn? Is happening with a specific skill or spell being used?

Hello. I too am having this issue and have not seen any updates. I am guessing, though I may be wrong, that I have update 3 via GOG. Everytime it crashes you lose ALL progress. I have tried to get through the magic doors 5 times now. One time it locked up while I was just standing there. I don't have any screen shots however the evidence is overwhelming. Was wondering if there is any news on this game killer. By the way, it didn't do this a few weeks ago, only within the past couple of weeks.

by Jason
Hi,
after around 15 hours in the game I entered the 'baedish lowlands' - here around the 3'rd fight (against 3 enemies) always ends in a crash.
It's always when I defeat the last enemy - the position in the grid, the weapon used, etc. seem to be irrelevant.
After crashing 3 times I went back to Skara Brae and fought some other combats - successfully and no crash. Going back to the fight in the lowlands again crashes exact at the same event - ie. when killing the last foe.
Loading the last save-game works as expected.

I fear I'm stuck now, as I can't proceed in the main quest. Let me know, what I can try or check.
thanks, Jason
All times are UTC-08:00
Page 1 of 2
Powered by phpBB® Forum Software © phpBB Limited
https://www.phpbb.com/