Need a leader? Hannibal Smith can help you plan for that 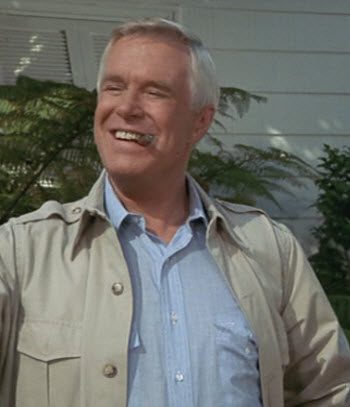 Hannibal, the fearless leader of the A-team. Your leader is the one character you’ll want a decent amount of charisma in. Charisma, contrary to most rpgs, does not affect speech skills. So it has 0 effect on Smart, Kiss, or Hard Ass. Hence Hannibal has none of those skills.

Why is it important? The biggest and greatest benefit for this is that charisma expands your leadership radius. The higher the charisma on a character with the skill Leadership, the larger the area from that character outwards his bonuses to allies will affect. The second bonus is that you get higher experience rewards for everything that character does (battles, bomb disarming, computer hacking, etc). As you can see, Hannibal is level 40 while most of my team members are level 36. That’s roughly 11% more experience than his peers. Which means more health, more skill points, and quicker attribute & perk selection.

Hannibal is also going to be our skill monkey. Pairing your leader role with your skill monkey role isn’t necessary but it makes sense. Giving up 5+ attribute points for Charisma means that character can’t use those 5 points in more combat related attributes (Coordination, Awareness, Strength, or Speed). So even if I tried to build Hannibal into a wrecking ball that is Face or Murdock, he’d fall short in either CI or AP. He’s better off using all those skill points to fulfill other roles.

Last but not least, I didn’t have a true medic yet. BA has a high medic skill, but he’ll be alone in the front during most battles. He can heal himself if need be, but will be too far away to help my shooters. Hannibal, with his tremendous skill point pool, can both easily aquire high levels in surgeon and field medic, and he’ll also be close to his ranged teammates. So Hannibal ended up being my main medic during battle. Major goals: Lots of skill points and reasonable leadership radius
Charisma of 10 gives a leadership radius 18m. Hannibal has 7 with a trinket so he has a radius of 12m. Very usable in most cases. Generally speaking you don’t need the max radius. If you have melee characters, they’ll generally be outside of that range anyways and as long as you keep your leader by your shooters, 12m should be enough. As a point of reference, 20m is the general range for energy weapons while 10-12m is the general range of pistols. So if your shooters are close enough for your leader to shoot with a handgun, they’re being affected by his leadership bonuses.

In the picture above, he’s already reached level 40 which means he can only get one more attribute point at level 50. Of all the team members, he’s more likely to reach this level. His CI is relatively low partywise at 12 or another 2m of leadership bonus could be helpful.
I built Hannibal with 10 intelligence and with the quirk Delayed Gratification. In my opinion I have too many skillpoints; it’s just overkill. I could have gone with 8 intelligence and that quirk or dropped Delayed Gratification for another quirk. More quirk discussion below. The easiest switch would have been to go 8 intelligence and put those 2 points into awareness (+2 CI), speed (possibly +1 CI, possibly +1 AP), or charisma (+4m to leadership radius).

Overall he’s built fairly well attribute wise. He has decent speed allowing for quick heals when needed, decent awareness and strength so he’s not a complete burden during combat. As hinted above, your leader generally can’t be a powerhouse; he’s there to lead, not to kill. As such you’re probably looking to make him be a debuffer (precision strikes) when he actually shoots enemies. This means either pistols (severely short range, but 2 or 3 shots) or energy weapons (longer range, 1 or 2 shots). More on why I selected energy weapons later.

Quirk
Delayed Gratification - -1 skill point per level before level 11, +1 skill point per level past level 10
This is a monster quirk for your team members that are going to be your skill monkeys. Let’s say you get to level 44 (that’s my typical level I plan for); that’s roughly 25 more skill points to use than if you didn’t have this quirk. The major downside is your skillmonkey is going to be short 9 skill points until level 11. 24 skillpoints give you a free 7 point skill or if you have 2 more spare points (26), takes a 6 point skill to a 10 point skill. To put things into perspective, 10 intelligence gives 215 skill points by level 44 and 8 intelligence gives 172 points. You could say the quirk Delayed Gratification is more valuable the lower your team member’s intelligence.

But like I mentioned, I’m swimming in skillpoints now, besides dropping my intelligence down to 8, switching out quirks could be another option. Dropping intel from 10 to 8 means I lose 43 skill points while dropping Delayed Gratification means I lose 25 points overall. So the dent in skill points is less if I switch quirks.

But here’s the thing, what quirk do you give a leader or skill monkey? If he’s not your medic, you could go with Brittle Bones for the bonus 2 AP and 50% combat speed malus. Mysophobic tends to be a bad idea because your leader/medic tends to not be very healthy (you heal others better, but can’t heal yourself). Twitchy possibly if you’re ok with even a smaller combat role, but to help max combat speed. Realistically you can put the oddball quirks into this character players don’t normally use. Quirks like: Animal Husbandry (better attributes due to animals), Asshole (Free Hardass 10), Fainting Goat (35% dodge to critical hits), or Opportunist (25% more damage to low health targets). For me personally, I’d probably keep Delayed Gratification and just drop intelligence from 10 to 8. The %chance to miss debuffs to enemies are great. Now 7% isn't much by itself (infuriate), but stack what regular cover buffs, evasion stats, and any precision strikes to arms and your enemies will have a tough time hitting anything. I don’t believe these stack so Infuriate replaces Enrage and Taunt. They’re still worth it though in my opinion.

I took improvised explosives in order to get free explosives, but frankly 15% is a bit underwhelming. Plus I have so much cash I can just buy explosives if I want them. For those players that want a party to get through doors and containers without lockpicking, safecracking, brute force, or computer science, it might be worthwhile just because of the sheer number of explosives you’ll want/need. I might try this at some point with a different team build. But for this setup, I could have done without.

Tinkerer for the bonus AP is worth it. Hardened and Healthy both help boost Hannibal’s survivability. Roboticist, since Hannibal is an Energy weapon user, is a no brainer. Tormentor isn’t. In retrospect, I should not have taken Tormentor. The only mobs Hannibal can do reliable damage against are Robots. Robots don’t use cover. Humans do, but most humans (95%) don’t use heavy armor. Which means Hannibal is just debuffing their hands or feet and those give damage penalties on top of the energy weapon low damage output.

So I could have done without Improvised explosives and tormentor and I have one more perk to take at level 44. What could I do with 3 perks instead? If you do go the explosives route, really you should get BOTH Long arm and Bomberman so you can throw longer AND have a larger explosion. Weathered (lower crit damage -15%) or Turtle could both be helpful (+10% evasion while in cover). What I would never take? Hannibal is my surgeon and medic so he qualifies for all of those related perks, but they’re all pretty worthless. Let’s go through each.

On the Mend - +10% healing on self 10%? Just use a bigger healing kit.
Stimpaks - +2% hit points automatically healed I briefly covered this with BA. 2% is small and Hannibal has so few turns and wears light armor so when he gets hit, he’ll be hit hard. 2% will not be worth a perk slot.
Smooth Operator - +20 hitpoints healed when reviving down squad members I’m not sure if this is the medic that gets healed for 20 or the patient, but 20 hitpoints is nothing when you’re getting hit for 150, you can heal with a kit for 150+, and your health pool is 250 to 450 hit points.
Trained Physician/Expert Physician - 25/50% post-revival status effect duration -Have you seen the duration of these status effects? They’re like 6 minutes! Even cut in half, that’s 3 minutes. What battle has ever taken 3 minutes?

Basically they’re all really lackluster, expect for Stimpaks which is very situational for the perfect build for it. Leadership because he’s the leader and there’s no reason not to max that out. Energy weapons I’ll cover in a second and computer science both compliments that and fills that role within the team. Surgeon and Field Medic because Hannibal is my medic. Demolitions because it’s a frequently used skill which means Hannibal will be getting exp from it frequently.

Interesting explanation for Assault Rifle. Hannibal does jack all damage against non-robots. So he really needs a utility weapon as a secondary side arm. So you’re looking for a weapon that does a useful debuff and there's many to pick from. I picked Lariat (18m range, assault rifle); it does the debuff “All tied up.” If you basically want to make an enemy immobile (-300 combat speed), unable to evade (-10% chance to evade), have a hard time hitting (-5% to hit), and have less combat turns (-3 CI), this assault rifle is for you. Takes shotgun shells to use, no warranty, no returns, slices, dices, make puree. Does 1 damage. Great for melee enemies specifically and just about everyone else.

So energy weapons vs handguns? Why energy weapons? It’s a 55/45 toss up really. Both generally do crap damage. Even less so if you can only fire a few rounds because your character has low AP. This is certainly the case for Hannibal. The character Hannibal almost always brandished handguns in the TV show, but I went with Energy Weapons for gameplay reasons.

First, he was going to have Computer Science already and Roboticist as a result. Why not keep making that strength stronger? Result, he does rip robots apart when given the opportunity. Second, the range of energy weapons are slightly better than handguns to make them useful. Handguns range, to be effective, would do two things: #1 Put Hannibal in harms way more often and #2 Move his leadership circle away from his ranged team members and as a result, they’d no longer have the bonus to hit from his leadership skill. Gameplay wise Energy weapons made more sense. Plus I wanted to see how well they did in combat. Versus humans? Terrible damage, just use them to debuff. Robots? Fantastic stuff, but Robots are less numerous than humans and your sniper and Assault Rifle user can usually kill them just fine.

One last bit to add. If you combine your leader with your skill monkey, it has one really nice advantage. Especially if you pick the more frequently used skills. That charisma bonus will be applied more and to more skills which results in much more experience being earned. Hannibal would have either Lockpick and safecracking, but you want to keep together because of the Cat Burglar mask. Besides those two, demolitions, Computer Science, and healing are used quite frequently. Though now I'm actually using BA to heal to help him catch up in levels. 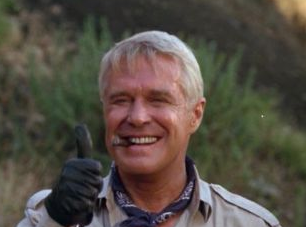 Making your leader is probably the hardest as you have a lot to balance, take in account, and options to choose. Do you try to make him combat effective? Or do you make him a skill monkey? What weapon do you give him? Hopefully my writeup will help give you a better idea on how to build your leader for your team.

For me, Hannibal fits his role very well.