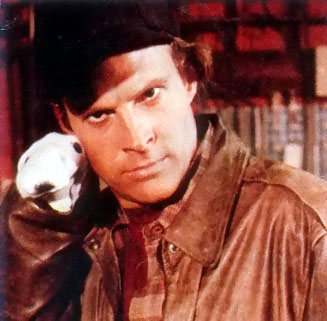 As part of my character building series, I'm talking about each of my four rangers in depth to give new players a better idea on how to build the best character based on their needs. This one discusses 'Howling Mad' Murdock who is my sniper and main damage dealer for the group. I realize the game has been out for awhile, but most builds don't discuss how to best manage perks and quirks. Most guides are based on the pre-director's releases of WL2 and so mainly discuss how to max attributes, derived attributes, and skills.

My two goals for Murdock were to maximize his Combat Initiative above all else, but then to put AP at least high enough so I can get TWO sniper shots per round. His evasion, armor, combat speed, and, to a limited degree, health do not matter because he'll be in the back. Along with his Choice trinket, his maxed coordination and 8 speed, he gets 20 combat initiative, which is extremely high. Anything above 15 generally means you'll get to go twice as often as your enemies. 20 is just...nuts. Hell it's bordering 3x character turns/enemy turn.

To tailor his AP, I needed to look at the game's available top tier sniper weapons and what AP they require per shot. The dragoon is a monster as far as damage, but requires a monster amount of AP to fire, 8. The 50 Cal Anti-Material Rifle sits at 7 ap. The best 6 ap sniper rifle is the PSG1. Why not just go for a single weapon? Two reasons. If for some reason, you shot just once last round, you now have extra ap. Murdock's base AP currently is 14 AP. But if he only shoots once, he can save up to 2 AP. He'll be sitting at either 15 or 16 AP. That means he can take two shots of better weapons so I always equip two sniper rifles (same with everyone-BA has two bladed weapons with different AP needs for instance, but more on that later). That's if he's moved. If he hasn't moved, he gets -1 AP for each shot so the dragoon now becomes 7ap per shot. Assuming I somehow get 15 or 16 ap, something pretty doable, and he hasn't moved, Murdock could theoretically shoot the PGS1 THREE TIMES in one turn.

Something to note, because of Hannibal's +%hit bonus and Murdock's sniper skill, he rarely has to move to hit any shot. This means the Deadeye perk is very frequently in effect. Assuming a high capacity modded dragoon or a fully loaded PSG1 and two turns worth of 14 AP, he could shoot the Dragoon 4 times for ~1120 or 5 times with the PSG for ~782.5 assuming no crits, which if you look at his crit rate, is a really high chance. Assuming he crits 41% of the time, that's roughly 1579 and 1103 total expected damage respectively for each, with a max of 2240 and 1565 if everything crits. This is also not taking in account a precise headshot which I'm doing quite frequently at this stage in the game.

Currently he's equipped with a 7 ap sniper rifle and a 6 ap sniper rifle. This way I can maximize my options in combat for moving, shooting, and picking targets.

End game, I may equip the dragoon and the Anti-Material, or I might go with the dragoon + PSG1. The first combo will allow for a shot from a sniper rifle all the time and occasionally a single shot from the dragoon when needed... or if I do get 2 AP saved from a previous round, two shots from the dragoon per round. Which is just absolutely insane. My only limitation is, that after 5 shots, I'll have to reload the Dragoon.

One of the easier quirks to pick for an archetype. Snipers rarely move so rarely need combat speed while AP is generally in great need. Perfect quirk for Murdock. Perks
Deadeye - -1 AP to fire a sniper rifle if the character did not move during the turn.
Tinkerer - +1 AP when wearing light armor
Watchman - No accuracy penalty when using Ambush.
Tormentor - +10% damage to enemies in cover.
Roboticist - +20% damage against robots and synths.
Tactical Positioning - +25% damage dealt to enemies from behind when using melee or ranged weapons.
Turtle - +10% evasion bonus when in cover. In retrospect, I should not have taken this. The Choice trinket's evasion malus is so high, it may only allow for 5% of this bonus to be used.
Hardened - +1 base Armor
Weathered - -15% damage taken from critical hits.

You can see Murdock has 3 main types of perks: AP management, Damage bonuses, and Life Saving. Because of his 1 strength, Murdock is very fragile and has very low hitpoints. He needs all the help he can get to live just long enough to be healed by the team's medic. Another thing to note is that Tormentor and Roboticist help complement each other; Robots tend to not be in cover while humans tends to use cover. This means one of these perks is in play in all cases except for fighting animals. Murdock tends to one shot animals, even honey badgers, anyways so the perk Big Game Hunter would be wasted (unless there's a animal boss I haven't encountered yet). Remaining two perks I might get? Healthy and possibly Charge! for when my team is ambushed or out of position due to an event. That extra combat speed could help get Murdock in a better location in the heat of the battle.

For those that want another source of AP, I could have switched out one of the skills for Hardass in order to get Bloodthirsty. Neither the skill nor the perk seem to fit Murdock's personality so I didn't choose those. Maxed out Sniper Rifles because that's his thing. Murdock's side gig is lockpicking; roleplay wise it seemed to fit his character. You don't need more than 8 in safecracking or lockpicking because of the Cat Burglar mask trinket.
Computer Science 5 is only for Roboticist, Perception 3 is just for Tactical Positioning, and 2 Weaponsmithing is just for Tinkerer.

As I mentioned in perks, I might go for Charge! at some point because I don't have any other skills I need so I could go for Blunt 4. 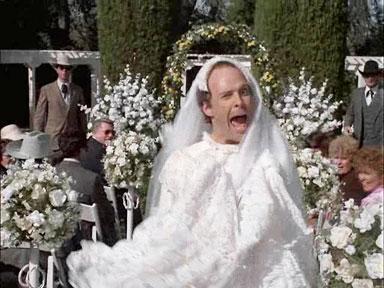 Hope that helps you all in figuring out how to make better sniper character builds.

Enjoy and by the way, Murdock looks great in the Three Amigo clothes.
Haven't found a wedding dress for him yet though.

by Gizmo
If only there was a way to break out of the prison using trash bags & hair dryers, to make a hot-air balloon...

This looks like a great guide. I might use this in my next WL2 play. (I'm starting over, because it's been too long to recall even the names of my PCs in my last save.)

by caradoc
Just played a PC like this and he was awesome. However, I found encumbrance to be a problem and ended up bumping his Strength to 2.
All times are UTC-08:00
Page 1 of 1