by sear
Hi everyone,

Today we have a short but sweet update: a new concept screenshot, and a plan for a fun in-game and out-of-game event! 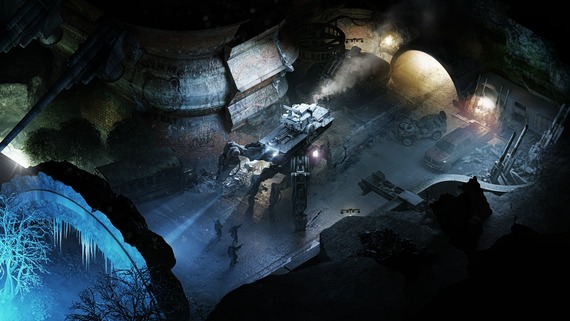 That's not all, though. When we make games based on real-world places, we like to visit them to get a feel for them, scope out their landmarks, and generally take them in so we can create a more authentic experience in the game. And Wasteland 3 won't be any exception - we're going to be sending team members out to Colorado in the near future to research the game.

However, while we are out there, we'll also be on a bit of a secret mission. We'll be burying a retro-80s time capsule for someone to find. It will be hidden underground, and filled with all sorts of nostalgic goodies. Where will it be? We're not telling you…at least not quite so directly.

Instead, what we will be doing is putting a mirror version of it directly into Wasteland 3. Find it in the game, and you'll also find a set of directions telling you where the time capsule is buried in real life.

Re: Wasteland 3 Update 8: The Colorado Caper

by marceror
What in the world is that 6 legged robotic... thing?

Re: Wasteland 3 Update 8: The Colorado Caper

by Skirge01
I thought the same thing and was immediately reminded of the Scorpitron. I then recalled how early screenshots for W2 showed the monolithic robot, but it didn't finally appear until the very end of the game. I'm not sure if they're repeating that tease for W3 and this type of scene won't show up until the end, making us salivate for when it will appear. At the same time, I'm thinking about how tough that damn Scorpitron was and thinking that I really hope this new thing is towards the end, so I have a chance of surviving.
All times are UTC-07:00
Page 1 of 1
Powered by phpBB® Forum Software © phpBB Limited
https://www.phpbb.com/